What's audio and voice being used for now? What new ecommerce features are being developed? Let’s get down to what happened in commerce and tech news in the last week. This post is curated to help tune-out some of that noise and turn it into information that matters. 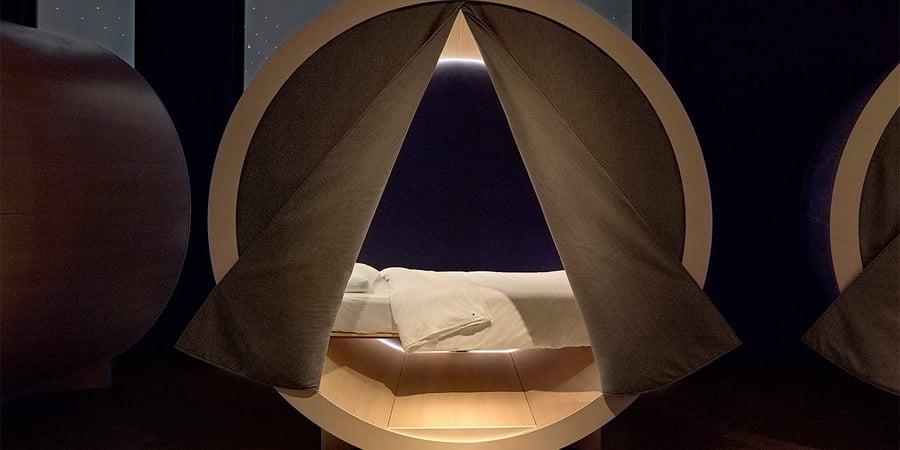 Casper Creates A Store Where You Nap

Have you ever wanted to nap during your lunch break in a soundproof circular nook equipped with a Casper bed? If you're in New York, you soon will be able to. Casper is opening up their storefront for The Dreamery. For $25 you get a 45 minute nap. Of course, there's a few other things you can get to make your short stay even more relaxing.

IS WALMART'S NEW AUDIO PATENT A CAUSE FOR CONCERN IN PRIVACY?

Walmart won a patent for audience surveillance technology. It isn't for the customers though, it's for the workers and to measure their performance. It could even listen to the conversations with customers. Walmart may not use the technology, but it's one of their ideas to help keep them competing with Amazon in many different ways. The big problem? Privacy.

Read More on our blog

Will Voice Ecommerce Be A Big Part of Amazon Prime Day?

Last year, the Prime Day deal for echos brought Alexa to many homes. Christmas helped. There is a good chance that they'll be pushing Alexa-powered devices again this year, but could Prime Day be overrun with voice orders? There is a prediction that 19% of consumers may place orders via Alexa. Either way, voice commerce is growing at an very quick rate.

As discovered by App research Ishan Agarwal, it is reported that Snapchat is working on creating a new feature that shows a team-up with Amazon. It would turn the phone's camera into a tool for shopping on Amazon. They even have a cool codename for the project, "Eagle". It is not known if this is a joint project with Amazon or if Amazon is just the destination.

The story on Walmart's new patent really struck a chord with us. We decideed to do a dive into some of the concerns with this patent in commerce and our view point on the whole thing. Is it really as creepy as the article makes it seem? Probably. Read more