Who acquired what? What happened during Prime Day? Who's testing out same day delivery? Let’s get down to what happened in commerce and tech news in the last week. This post is curated to help tune-out some of that noise and turn it into information that matters. 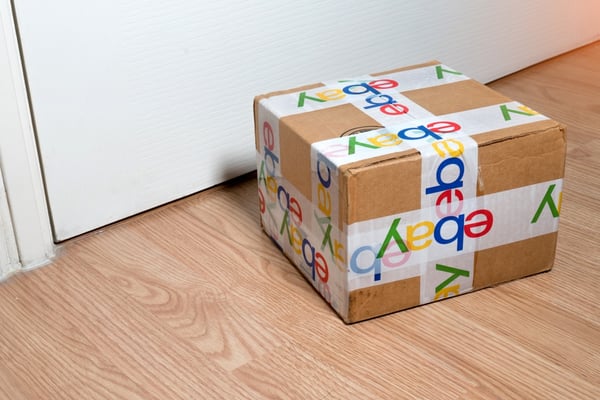 Even while some reports are saying that eBay isn't doing well after a tough quarter this year, that isn't stopping them from changing the game overseas. According to filings, eBay bought the Japanese ecommerce platform, Qoo10 for over half a billion dollars. Even being in second compared to Amazon, eBay has a lot of catching up to do. This filing showed that the purchase was in February, but the pricing was only revealed just recently. This deal shows how eBay is now working on more targeted opportunities.

By how much? 54% actually. Adobe Analytics found that sales at large retailers increased by 54% compared to an average Tuesday, while niche retailers saw a 18% decrease in online sales. Competitors took the opportunity to have sales as well, but it didn't stop the average orders at Amazon from doubling, even with the glitches.

This isn't a delivery service that H&M currently offers anywhere at the moment. This specific service is being tested in Berlin and can only be done with orders received before 10am. It would then be delivered between 7-10pm the same day for only 5.99 euros. This comes after H&M has received many complaints in Europe about slow delivery and not meeting expected dates.

Alibaba has a made a bid for a 6.62% share in Focus Media. This digital out-of-home advertising company is based in Shanghai. So what does Alibaba need with that kind of technology? It's part of their 'New Retail' strategy that looks to integrate the best aspects of offline and online commerce.

The story on Walmart's new patent really struck a chord with us. We decideed to do a dive into some of the concerns with this patent in commerce and our view point on the whole thing. Is it really as creepy as the article makes it seem? Probably. Read more