What was announced this week? What new stats will change how we look at ecommerce? Let’s get down to what happened in commerce and tech news in the last week. This post is curated to help tune-out some of that noise and turn it into information that matters. 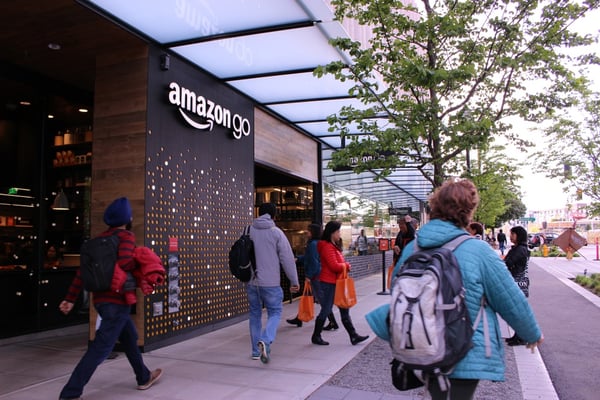 The second store is reported to open soon in Fall of 2018, keeping it within Seattle as they continue to make progress with the technology. The permits show that this version of the store will be larger than the first, providing Amazon more opportunity to see how the technology works on a larger scale.

This specific AI tool is meant to be used for content creation. Instead of hiring a copywriter, their AI can produce 20,000 lines of advertising copy per second, and it's already being used by merchants. It works by analyzing existing ad samples from Alibaba's online platforms and using deep learning models and natural language processing technologies to produce content. Will it replace humans? They don't think so.

In the latest Salesforce shopping index report, there were four major findings, including social media's impact on ecommerce. Some pundits believe that social media is the new way to shop and that it is stalling traditional ecommerce sales. But according to this report, it's had an insignificant impact on traffic so far, with the growth of shoppers using social media channels being flat.

Did you know you can now see your competitors' social media ads?

This extremely new feature is now on both Facebook and Twitter for advertising transparency. Why is it useful? For customers it's about transparency, but for marketers it's a competitive windfall. Not only can you see what campaigns any page is running, but also the page's creation date, changes to a page's name, and more. Thanks Mark Zuckerberg!

The Rise of Mall Merchant Vacancy

In the United States, malls have not been this vacant in six years. The vacancy rate reached 8.6% in Q2 of 2018, up from 8.4% in Q1. While this isn't the highest rate (9.4% in Q3 2011), it's pretty close. Malls being impacted the most are strip malls and community shopping centers. These types of retail spaces have seen a vacancy rate of up to 10.2%. Even with the vacancy rate rising, brands are recognizing the power of "click & mortar" - operating both in the physical and digital worlds, and understanding how customers move between both.

SAP Hybris, recently rebranded as SAP C/4HANA, is one of the most powerful customer experience platforms available for B2B commerce, particularly for manufacturers as they explore commerce platform implementation for increased self-service and more integrated customer management. Read more