The Future Consequences of Amazon Go 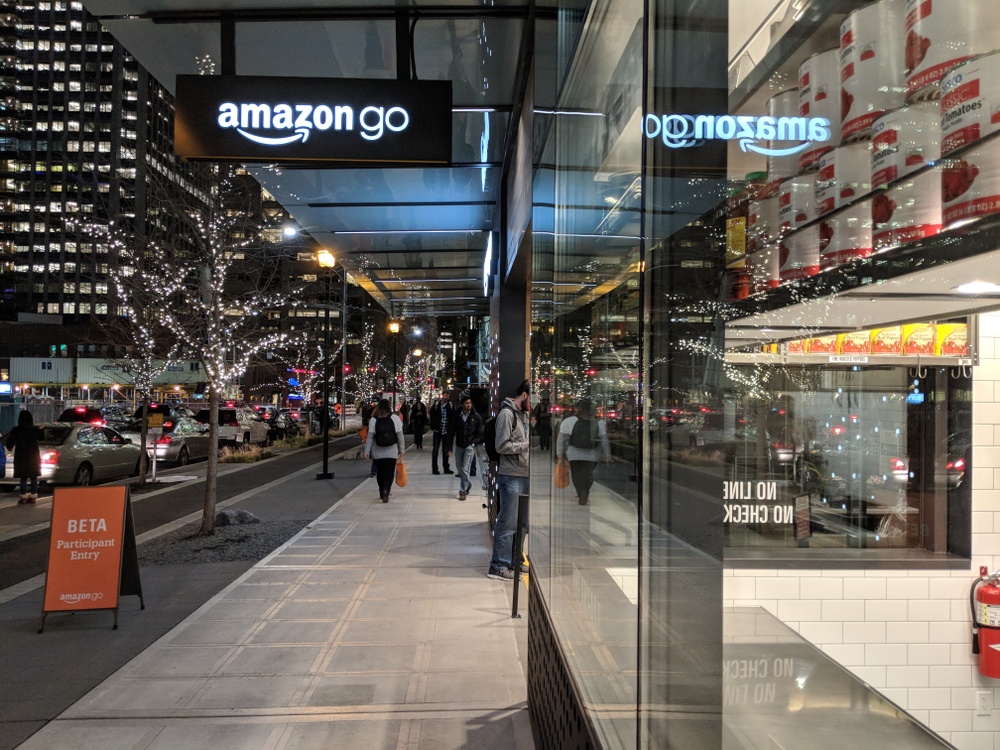 On January 22, Amazon Go finally opened to the public in Seattle. Everyone was excited about the prospect of a new type of store. Sure, we have self-check outs at WalMart, but that still included the waiting in line and scanning the items, and of course still having to pay. Cash or card anyone?

This new type of store though, Amazon Go, was going to eliminate all of that. Of course, we have something similar with our mobile ordering for places like Starbucks and McDonald’s, but this would be different. We still get to choose our items, but that app was going to let us just walk out with no worry. We don’t have to talk to anyone and all the options are extremely healthy and trendy thanks to the feedback during the 14-month trial. It’s not meant to be a place to buy everything, but more of what is needed. For awhile, people thought that this would get rid of the grocery stores that we know today, but they’ve been good at making sure to continuously say that the store is more like a corner store to offer convenience.

But as the day went on yesterday, lunchtime turned Amazon Go into Amazon Stop. The line to get into the ‘no queue, walk-out’ store went around the block. Is it surprising that that would happen with a new store? Not at all. But the irony was there and it was glorious. Some people commented on how there was no line at 10am. If people just went a bit earlier or later, they would’ve been fine and they wouldn’t have spent their entire lunch hour waiting to get lunch. It seems that people, no matter what we try to do, just like waiting in line.

People waiting in long lines at the new #AmazonGo — a store with no “checkout” so you never have to wait in line. 😅

Will this be a norm for Amazon Go? Probably not. First day openings usually get long line ups and soon, the novelty will wear off and people will go to it like they do any other store. Some people will keep going while others only just want to try it once. If it doesn’t fit into their lifestyle, they might not see a reason to go, especially if it’s not close by. The lasting effects of Amazon Go may not be as big and impactful as one would hope. The technology for its back-end can offer a wide variety of future uses for retail and guerilla marketing and the actual implementation could potentially lead the way in for people to be more comfortable with automation, if this turns into a chain and not only one store.

The implementation of tech in a store isn’t anything new, but there’s something to be said where people stand out in line for a store that’s about convenience and a robot getting fired for scaring away customers at a grocery store instead of being helpful.

Even if Amazon has no plans to license the technology to other retailers right now or to roll it out to their Whole Food locations, in the future, it could be used on a wider scale when it comes to retailers. The use of cameras and sensors to detect what people are buying and scanning them out the door is useful when it comes to convenience and quick shopping experiences, but it could also be useful in cases of potential theft. Using technology that is less invasive in a shopping experience could potentially increase the use of technology as a whole.

This is why eCommerce for groceries is a good fit. The technology has already been around for awhile in other capacities, it’s convenient, and it’s something that people want. This is why Amazon is now focusing on both brick and mortar and online, quick shopping experiences. They saw an opening in grocery and they took hold of it. It’s no longer about playing catch-up, but trying to find a niche within this new emergence in the industry. It’s about making the technology work both online and offline giving your customers the best experience possible.

Want to expand and solidify your ecommerce experience? Let’s chat.