Every year the technology world descends upon Las Vegas for the Consumer Electronics Show, which has become the focal point for technology companies from television manufacturers to automotive companies for announcing their new products. 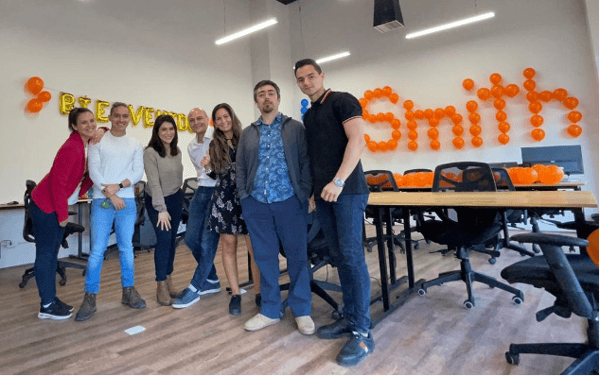 Sifting through the thousands of press releases can feel like trying to read every copy of WIRED ever written, including the ads, so we’ve distilled some of the more interesting, and more commerce-centric, trends here.

Bell, the makers of the V-22 Osprey, have announced that their flying car the Bell Nexus will be available via Uber in the mid 2020’s. Ordering bagels via Uber Eats is about to get a lot more exciting.

While not quite ready to take home and play Solitaire on, the race to develop the next evolution of computing is on display at CES with IBM’s Q System One, “the world’s first fully integrated universal quantum computing system designed for scientific and commercial use.” While the machine is advanced, The Verge notes that for practical purposes it’s still not very useful for the kinds of applications you’d use with your laptop, so don’t go betting on these machines becoming sentient and taking your job quite yet.

Motiv’s fitness ring is about to become interesting to retailers and payment systems providers as the health platform adds biometric security features to the tiny device that would ultimately allow it to act as a tap to pay system. The interesting part? The ring uses your heartbeat as a kind of fingerprint, since everyone’s heart is, it would really seem, unique.

AI and Commerce in Televisions

Google Assistant and Amazon’s Alexa are being incorporated into just about everything, including Dish’s integration of Google’s voice search into their Hopper products. Even Apple is introducing iTunes into TV’s developed by Samsung. As all of these services offer some kind of transaction capability, it opens the door for new ways to buy and sell through televisions.

Google’s novel eInk displays are low cost IoT screens that can be placed just about anywhere, and display black & white eInk content. These displays have obvious relevance for retail, which can position them at low cost throughout stores for wireless personalized signage when paired with shoppers who are detected though a brands mobile app, for example.

Photo by Dieter Bohn / The Verge

Lenovo is just one of the many brands which is integrating Alexa deeper into their ecosystem with tablets that double as smart screens with speaker docks. In general, it’s safe to assume that Alexa or Google Home is connected to just about every type of device you can imagine on the show floor, from soundbars and televisions to smart mirrors in bathrooms. Google claims that they’ll soon have Google Assistant on over 1 billion devices, which includes Android phones where it’s a feature, and Amazon claims about 100 million devices shipped with Alexa.

And Amazon’s in your Garage

Amazon’s next foray into improving delivery is with Amazon Key for Garage, a less-creepy way to let Amazon’s delivery teams into customers’ homes to drop off shipments when no one is home to accept delivery.

Fashion retailers are continuing to push into the technology space, with Kate Spade and others announcing smart watches that have both form factor and digital customizations around the brand. The continuing marketer push of smart watches begs the question of whether we will see an uptick in people using smart watch payment options at retailers.

LG is “rolling out” its flexible television. These large systems are a step away from the screens that will allow for flexible phones in the near future.

While The Verge calls it awful, the Royole FlexPai is a phone that folds like a wallet over on itself and is already on the consumer market in China. Samsung has been working on folding phone technology as well, but from the looks of what’s at CES, it’s probably a year or two out before we start folding our phones from tablet form and putting them into our pockets.

Honda is one of the auto companies rolling out advanced features that include commerce, with an infotainment system that integrates MasterCard and PayPal, with the ability to pay for things like gas and parking. Visa was previously integrated into the system.

Audi made a big splash with 'Marvel's Avengers: Rocket's Rescue Run” that uses vehicle telemetry to synchronize the vehicles movement to the virtual reality experience enjoyed by the passenger. In other words, when the real car moves, the virtual car moves in-game. The toolset is being licensed to HoloRide, which plans to create an open platform for content from other providers. Big opportunity for parents to keep their kids occupied on long drives, less opportunity for ecommerce marketers.

Magic Leap, a darling of the investment world, has a new competitor called Nreal, which is a small pair of augmented glasses that allows users to interact with holographic projections. Hands on reviews indicate that it is a contender that stands up against the big players. While these devices will remain niche for a couple more years, it’s exciting to see smaller form factors that people might actually wear in public.

Fridges with cameras to help you remember what you need while shopping at the store are old news. Samsung’s new model will even remind you by phone if you left the fridge door open. Samsung’s goal isn’t to make a fridge with useless features, however, their goal is to make the device a central intelligent hub, and with it’s Bixby voice interface and smartboard, they’re well on their way to being the leader in the space.

Whirlpool isn’t being left out of the game as they launch an oven that’s able to identify the food you’re cooking using image recognition and even lets you watch the progress of it cooking on your phone to save you from getting up from the couch to check on the progress of your frozen pizza.

Maybe that frozen pizza was delivered driverlessly. Udelv is partnering with Walmart and Baidu for self-driving delivery vans. The company has already completed 1,200 driverless deliveries, and plans to ship 100 of their self-driving vehicles to their customers this year. By not having passengers in the vehicle, the company is able to move faster to market around lowered safety concerns. 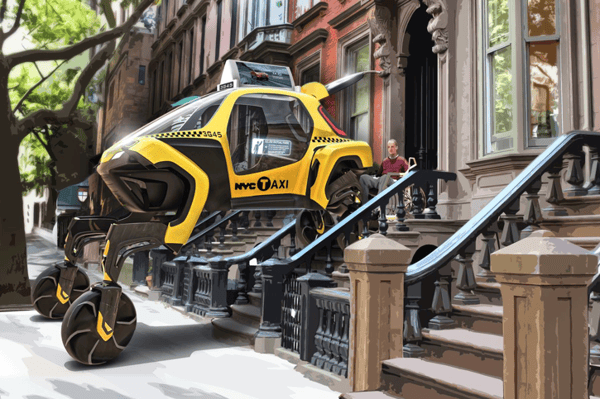 Flying cars are so Jetsons-era, so Hyundai is going the Transformers route by introducing a car that is capable of extending its wheels as feet on articulated legs. You read that right. The car is able to walk on four legs.

The real robo-headline from CES is that a self-driving Tesla ran over a promotional robot, but robots are on display in large numbers, ranging from the FoldiMate that folds your clothes, to the more commerce-focused delivery robots from brands like Segway. These robot dog delivery tools are also pretty cute and have their own robot carrier to ferry them around town.

Last but not least, and completely irrelevant to ecommerce, is Samsung’s… smart karaoke beer holder speaker. I’ll let it speak for itself. And watch out Samsung, Sony’s doing the same thing. Given the consumer data that both of these companies have, I’ve no doubt that these are based on at least some consumer demand.

For a great wrap-up beyond this article, check out the Verge’s overview of every major release from the show here.

To discuss how these innovations, or any new technologies, might beneficially impact your business, we’d love to get in touch.