Welcome to the Imagination Age

While brands struggle with digital transformation, and consultancies (us included) focus on data-driven experience design, much of the conversation around the power of human imagination, and its role in creating the change we seek, often goes undiscussed. Where is all of this transformation taking us? In this blog post we explore just that.

Our imagination can be a powerful creative force that can ignite mental images not perceived through our senses. These images of the mind are things or experiences not found in the present, or exist in the past, or a lens into the future. The creative power of imagination allows us to visualize ideas in our mind and explore the possibilities. Creative visualization uses our imagination and subconscious mind to perceive, render, and transform ideas and make them real.

The extension of our imagination can be found in medicine, science, technology, works of art, music, architecture, business, and economics to name a few. It has inspired revolutions, launched ships, connected people through internet devices, lifted souls to rise against injustice, ignited new sources of renewable energy, and satellites to explore the canvas of space and distant edges of our solar system, and beyond.

Imagination has transcended time and shaped the fabric of our society. In the Industrial Era, it spawned tangible products that drove the economy. In the Information Age, it has ignited digital innovation in a convergence of technologies and social changes in unprecedented ways that could never have been imagined.

“The power of imagination created the illusion that my vision went much farther than the naked eye could actually see. “
- Nelson Mandela

Artificial Intelligence (AI), Virtual Reality (VR), and conversational voice platforms have reimaged how we interact with technology. While the Internet of Things (IoT) is transforming our future towards a much more immersive mindset. Technology advancements in robotics, automation, machine learning, nanotechnology, biotechnology, blockchain and a spectrum of new technologies are creating exciting new possibilities and the promise of higher productivity, better quality, increased efficiencies, and economic growth.

However, as the Information Age transitions to the next era known as the Intelligence Era1, where machines are predicted to have capabilities and logical intelligence far beyond humans, our future will be radically transformed. Predictions indicate that AI, robotics, and automation will be the most transformational and interruptive movement since the Industrial Revolution. The acceleration of these technologies has been decades in the making. Industries like manufacturing, financial services, retail, healthcare, transportation, agriculture, packaging and shipping are already seeing vast changes and displacements.

The transition to the Intelligence Era will be much more immersive and intangible. It will be far-reaching and uncertain, with impacts felt across every level of society and the workforce.

With such uncertainty and change foreseen, what will guide us towards the future?

Imagination creates a canvas where anything imagined will be possible2. It is the workspace of our mind that harnesses creativity. It guides our curiosity, intuition, intellect, problem-solving, and intuitive decision-making processes. It charts a course from where we are to where we want to be.

Moreover, it allows us to explore the unknown.

As technology advances and we move beyond a knowledge workforce to a more immersive mindset, it will be imaginative and creative solutions, products, and services which will create economic and social value that will drive the future.

This is known as the Imagination Age and is the next period perceived to come into view.

"The future belongs to those who can imagine it, design it, and execute it. It's not something you await but rather create."
- Sheikh Mohammad bin Rashid Al Maktoum

The origin of the Imagination Age was created by futurist Rita J. King of Science House, as a transition period to chart a course towards the Intelligence Era. It is also referred to as the Imagination Economy by many thought leaders.

The emergence of this period goes beyond just creating economic value, but more importantly to collectively envision and shape the future we want before we lose the chance.

The challenge to transition from things that are known to the unknown is a constant in our lives. Society and the workforce we have known is changing at an unprecedented pace. Technology is advancing and immersing us so fast that it is a challenge just to keep up and adapt.

“The undiscovered country from whose bourn No traveler returns”
- Shakespeare

But the unknown is an opportunity as well as a challenge awaiting us.

The future does not have to be the dark imagery often portrayed and feared but can be the emergence of something hopeful. Technology empowers us to harness our imagination and creative force in ways we never thought possible to solve issues and create possibilities.

For example, scientists are harnessing AI's data-mining ability in the fight against poverty by integrating AI into research data designed to detect impoverished regions most in need. AI is also aiding in education for those in poverty where access to information is limited, by providing digital education that responds and adapts to users specific learning needs.

As part of its Science for Social Good initiative, IBM launched Overcoming Illiteracy, a project whose aim is to use AI and cloud technologies to decode complex texts and convey them to adults with limited reading skills via visuals and simple spoken messages.

Research and development in areas of neuroscience, and Elon Musk Neuralink initiative, are exploring means to merge human consciousness and memories with AI to provide an extension of the human mind. While medical research is exploring predictive health science technologies that will one day be able to predict and prevent illness.

“Your imagination is everything. It is the preview of life’s coming attractions.”
- Albert Einstein

The global threat of climate change is employing technologies in imaginative and creative means to counteract environmental challenges. For instance, the National Geographic Society and the Leonardo DiCaprio Foundation is employing AI and IoT to detect poachers entering Africa’s wildlife reserves and alert park rangers before endangered animals are harmed3.

While the exploration of space is on the verge of reimagination with a convergence of new technologies never seen before.

NASA is currently working on robotic technologies that could change the way we explore the universe. One of the initiatives is known as Shapeshifters. Shapeshifter refers to something that can change its shape for different needs. For example, robots will have capabilities to adapt or combine themselves together and create shapes for different forms of exploration, such as navigating missions in deep space or at high altitudes4.

The possibilities are endless. 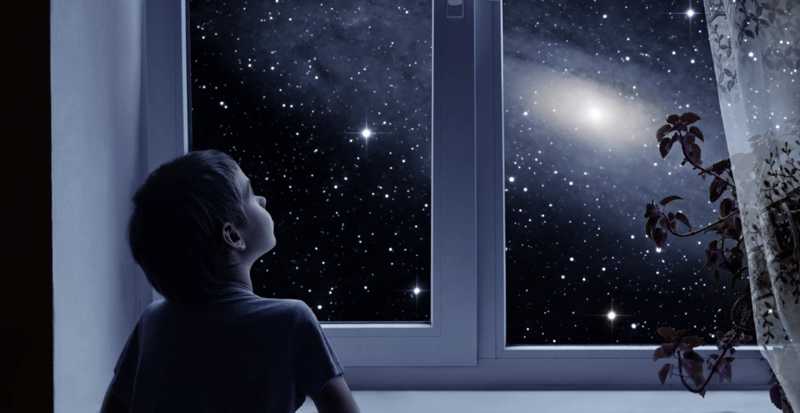 “Imagination will often carry us to worlds that never were, but without it we go nowhere.”
- Carl Sagan

Step into the Future

Imagination immerses us in the unknown.

It is a companion on our journey, guiding us, comforting us, charting a course towards the future. How the future will unfold is not clear, but the steps that get us there and the power of imagination make the journey and the future worthwhile.

Imagination and creativity are critical companions on the journey to the future. That’s why we at SMITH are a full service agency, driven by technology, data, creativity - and imagination!

To learn more about how SMITH can help with AI and conversational commerce, download our guide here.